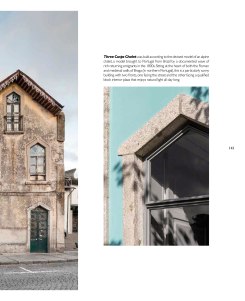 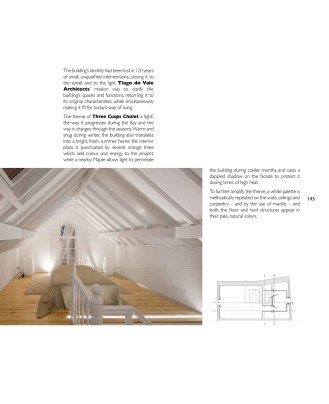 The Three Cusps Chalet was built according to the devised model of an alpine chalet, a model brought to Portugal from Brazil by a documented wave of rich returning emigrants in the 1800s. Sitting at the heart of both the Roman and medieval walls of Braga (in northern Portugal), this is a particularly sunny building with two fronts, one facing the street and the other facing a qualified block interior plaza that enjoys natural light all day long.

The building’s identity had been lost in 120 years of small, unqualified interventions, closing it to the street and to the light. Tiago do Vale Architects’ mission was to clarify the building’s spaces and functions, returning it to its original characteristics, while simultaneously making it t for today’s way of living.

The theme of The Three Cusps Chalet is ‘light’; the way it progresses during the day and the way it changes through the seasons. Warm and snug during winter, the building also translates into a bright, fresh, summer home: the interior plaza is punctuated by several orange trees which add colour and energy to the project, while a nearby Maple allows light to permeate the building during colder months, and casts a dappled shadow on the facade to protect it during times of high heat.

To further amplify the theme, a white palette is methodically repeated on the walls, ceilings and carpentry –and by the use of marble– and both the floor and roof structures appear in their pale, natural colors.