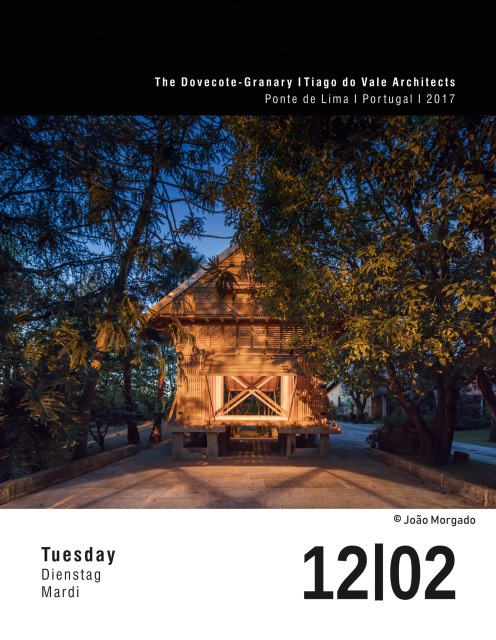 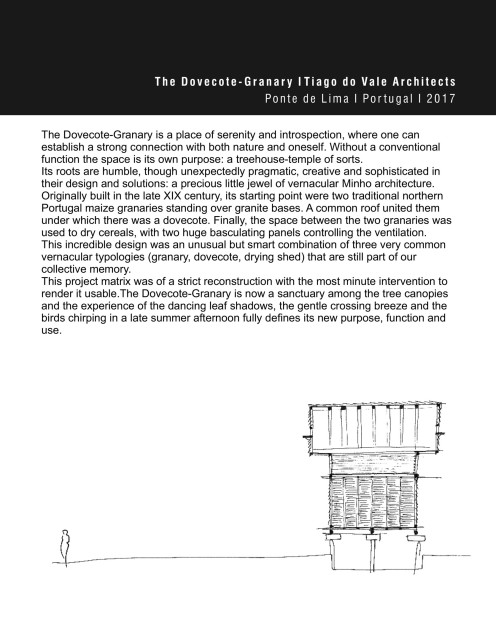 The Dovecote-Granary | Tiago do Vale Architects

The Dovecote-Granary is a place of serenity and introspection, where one can establish a strong connection with both nature and oneself. Without a conventional function the space is its own purpose: a treehouse-temple of sorts.
Its roots are humble, though unexpectedly pragmatic, creative and sophisticated in their design and solutions: a precious little jewel of vernacular Minho architecture.
Originally built in the late XIX century, its starting point were two traditional northern Portugal maize granaries standing over granite bases. A common roof united them under which there was a dovecote. Finally, the space between the two granaries was used to dry cereals, with two huge basculating panels controlling the ventilation.
This incredible design was an unusual but smart combination of three very common vernacular typologies (granary, dovecote, drying shed) that are still part of our collective memory.
This project matrix was of a strict reconstruction with the most minute intervention to render it usable.The Dovecote-Granary is now a sanctuary among the tree canopies and the experience of the dancing leaf shadows, the gentle crossing breeze and the birds chirping in a late summer afternoon fully defines its new purpose, function and use.